What is Nebraska known for?

Nebraska is known for its rich history, western landscapes, and major cities. Famous people from Nebraska include President Gerald Ford, entrepreneur Warren Buffet, and Edwin Perkins, inventor of Kool-Aid. Nebraska is also famous for the University of Nebraska, the Henry Doorly Zoo, and agricultural production.

Has the thought ever crossed your mind, “what is Nebraska known for?” It’s crossed mine, and I’ll admit, it’s too easy to overlook this state sometimes.

Upon further examination, it turns out there’s a ton to be discovered about Nebraska. Yes, we all know about the Great Plains, but if you keep reading, one of the many things you’ll find out is how sea lions got to be in this landlocked state.

22 Things Nebraska is Known For

The first thing that comes to most people’s minds at the mention of Nebraska is its landscape. Nebraska sits smack in the middle of the Great Plains–nothing but flatland, right? Not exactly. The eastern part of the state tends to be hilly, while western Nebraska has the flatter, treeless prairie. There are also mountains and rock formations in the state.

Nebraska’s Chimney Rock stands high above the prairie, proudly refuting any claims of Nebraska being flat and uninteresting.  This solitary pillar of rock is one of Nebraska’s most famous historical landmarks. For early American settlers, it served as an important landmark on their way west.

Few voyages in American history have gained as much fame as the Oregon Trail. This famous migratory path traced its way through Nebraska, with Chimney Rock being one of the major milestones. The trail spanned much of southern Nebraska, and the National Park Service provides information for those wishing to retrace this famous voyage.

Another notable route that passed through Nebraska is the Pony Express. Missouri is known as the starting point, but many stations dotted the Nebraska landscape. The route followed much the same path as the Oregon Trail, generally tracing its way westward along the Platte River Valley.

One of the major rivers in Nebraska, the Platte is formed by the confluence of the North and South Platte Rivers. These rivers flow out of the Rocky Mountains, join together, and eventually empty into the Missouri River in the east. The Platte River served as a path not only for the Oregon Trail and Pony Express but also for Lewis and Clark on their famous exploration of the Louisiana Purchase territory.

There’s a good reason that Nebraska is known as “The Beef State”–cows outnumber people! The Nebraska Beef Council puts the figure at 6.8 million cattle to 1.9 million people. As such, a significant portion of the nation’s ground beef comes from Nebraska, and cattle ranching forms one of the main pillars of Nebraska’s state economy.

Along with cattle, crops constitute a major part of the state economy. Although neighboring Iowa is known as the number one corn producer in the nation, Nebraska is also a major producer of this crop. Nebraska consistently ranks third in the nation for corn production, with only Iowa and Illinois surpassing it.

While providing excellent educational opportunities, the University of Nebraska may be best known for its football team, the Cornhuskers. Nebraska citizens, being good Midwesterners, are big football fans. Nebraska has no professional team, so a Cornhuskers football game serves as a great occasion to get together, whether at a tailgate party, bar, or home.

❓ Trivia Time: What states make up the Midwest Region?

In addition to football, Nebraska also has a keen interest in college baseball. Many people, and not just the locals, consider the Cornhuskers as one of the best college baseball teams. Wikipedia backs up this claim, showing that they have often advanced to the NCAA Championships (17 times!) and made it to the College World Series three times.

Proud home of the Cornhuskers, Lincoln is the second largest city in Nebraska and the state capital. Named for America’s most famous president, this city began as a village named Lancaster but was renamed in honor of President Lincoln shortly after his assassination. As a point of clarification, Lincoln County is further west in the state.

The state capitol building differs from other capitol buildings, having a tall tower instead of the more traditional rounded dome. The structure was built using stone from Indiana, which is famous for its limestone, and was designated a National Historic Landmark in 1976. Another noteworthy site in Lincoln is the Sheldon Museum of Art.

The most populous city in the state, Omaha, Nebraska has tons of attractions for locals and visitors alike. Downtown Omaha houses several art galleries. The Durham Museum, dedicated to America’s western heritage stands just on the edge of the downtown area. The Omaha Community Playhouse offers theatrical entertainment regularly and is where legendary actor Marlon Brando first appeared on stage.

Some call Omaha’s Henry Doorly Zoo and Aquarium the best zoo in the world, and one visit will quickly show you why. The museum dedicates 130 acres to over a dozen different habitats. Exotic animals and plants abound. The Lied Jungle, the largest indoor rainforest in the world, is one of the main attractions of the zoo.

The third most populous city in Nebraska is home to the Nebraska State Fair. Lincoln hosted the fair for over 100 years, but in 2010, the festival moved to Grand Island. Actor Henry Fonda was born and grew up here, beginning his acting career in Omaha at the Community Playhouse. Ironically, one of Fonda’s more famous roles was as a youthful Abraham Lincoln in the film Young Mr. Lincoln.

This charitable organization began in 1917 as a home for at-risk boys. Since then, it grew into the charity we recognize today. Catholic priest Fr. Edward Flanagan purchased an old farm, seeking to turn it into a community for at-risk boys to find a second chance. His efforts paid off and one can visit the site outside Omaha to learn more about the history of this organization.

The original “town” is now a national historic site, and, as such, more of a museum than an actual town. One unique attraction is the Leon Myers Stamp Center featuring the world’s largest ball of stamps

One of America’s lesser-known holidays, Arbor Day, originated in Nebraska. A newspaper editor from Nebraska, J. Sterling Morton, cultivated (pun intended) a love of trees and felt that more should be done to encourage their planting. He later served in political office in the state government, where, at a meeting of the Board of Agriculture on January 4, 1872, he advocated for a day dedicated to planting trees.

His efforts soon paid off. On April 10 of that same year, people throughout the state planted around 1 million trees.

One of the more unique sites in Nebraska has to be a distinctively American take on England’s Stonehenge. The historic English Stonehenge stands like a monolith out of times forgotten, dedicated to the gods of that ancient society that raised them. In Nebraska, the same Stonehenge stands, but with the plain stone slabs replaced by graven effigies of America’s object of worship–the automobile.

One of the most visited state parks in Nebraska, this park is a jumping-off point for the Missouri National Recreational River. Here one can float or boat along the Missouri River, hike along the banks of the river, and explore the surrounding forests. Horseback riding, golf, and many other outdoor activities may also be enjoyed on the grounds of the park.

❓ Trivia Time: What states does the Missouri River flow through?

Another popular state park in eastern Nebraska is the Indian Cave State Park.  The park takes its name from the large sandstone cave on the grounds (or, should we say, under them?). For those less fond of spelunking, there are also many other things to do and see here. Hiking trails abound, the park staff hosts educational programs and activities, and the forests become especially beautiful in autumn.

In the town of Ashland, situated between Lincoln and Omaha stands a museum dedicated to the role of air power in the Cold War. Of course, no official battles took place in the Cold War. This was, in part, due to America maintaining a strong network of defensive forces and communications.

Here one can see models of the many planes flown by the United States Air Force. The grounds also house a space museum showcasing America’s expansion of flight beyond the confines of the planet. The museum prides itself not just on the military aspect of its history, but also on the science, engineering, and exploration that these fields required and enriched.

Nebraska has a knack for museums. On its webpage, the Hastings Museum boasts of being the “largest municipal museum between Chicago and Denver.” The museum features a planetarium and multiple exhibits on a wide variety of subjects. One can find archaeological exhibits, historical dioramas, and even an exhibit on the history of Kool-Aid.

While Arbor Day may be one of Nebraska’s less well-known inventions, it’s a safe bet to say everyone has heard of Kool-Aid. This fruit-flavored drink was first concocted by Edwin Perkins.  Perkins had, at first, sold a soft-drink syrup concentrate called Fruit Smack. The drink was popular, but Perkins pioneered a powdered form of the drink mix, and the rest is history.

This American entrepreneur and business magnate was born in Omaha, Nebraska. He displayed a sharp interest in business from an early age. Not every seven-year-old borrows a book from the library titled 1000 Ways to Make $1000. Upon reaching adulthood, he rose meteorically in the financial world, and others have dubbed him the “Oracle of Omaha” for his keen business sense.

Gerald Ford is the only president to come from Nebraska. Like Warren Buffett, he also hailed from Omaha. Born seventeen years before Buffett, it’s unlikely they ever crossed paths in their hometown, but both men would rise to prominence in later life.

👉 Read Next: What Every State is Known For

What is the abbreviation for Nebraska?

The state abbreviation for Nebraska is NE.

Where does the name Nebraska come from?

The state’s name comes from a Sioux word meaning shallow or broad water.

So what is Nebraska known for?

In conclusion, Nebraska is not a boring place at all. For anyone who loves American history, museums, or the outdoors, Nebraska is a treasure trove of a state!

What is New York known for? New York is famous for New York City and its many famous landmarks. These landmarks include the Statue of… 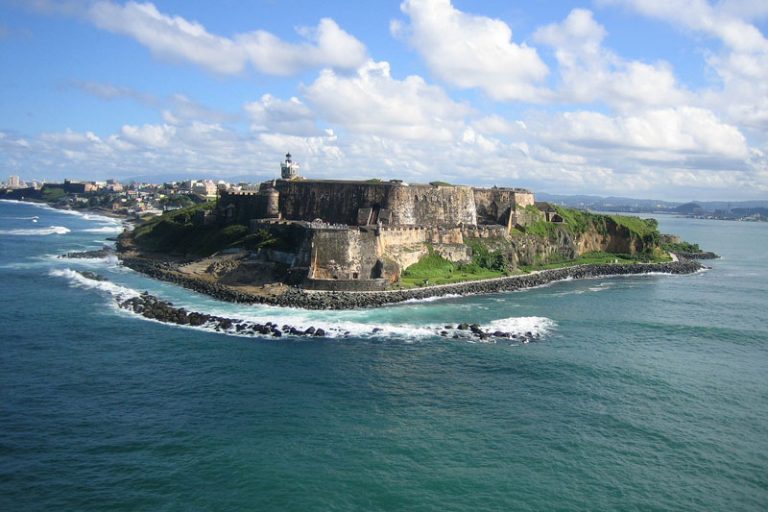 What is West Virginia known for? Many people associate West Virginia, the Mountain State, with rural land, moonshine, and the McCoy-Hatfield feud. But West Virginia…