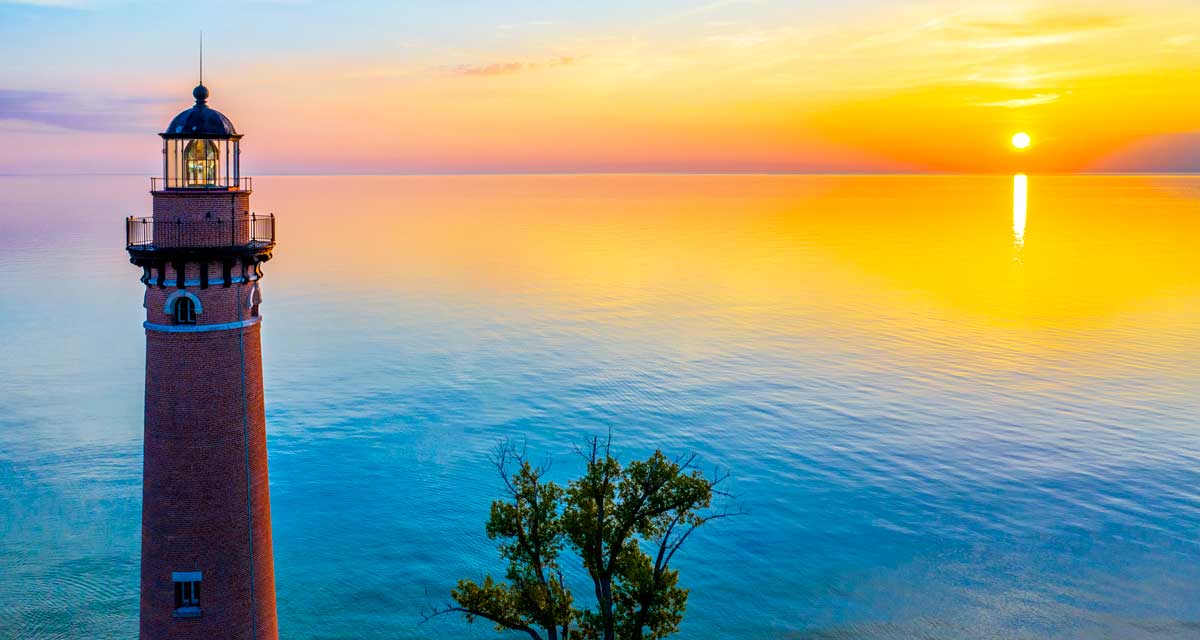 What is Michigan known for?

We all know about Detroit, Michigan, and its role in the auto industry. There’s much more to Michigan than just that, though. Anyone interested in automotive history will, of course, find plenty to love about Michigan. Sports fans, music lovers, and outdoor enthusiasts will also want to discover Michigan’s contributions to their favorite pastimes.

Read on to learn what makes Michigan famous.

23 Things Michigan is Known For

Michigan borders four of the five Great Lakes.  Lake Michigan (obviously), Lake Huron, Lake Erie, and Lake Superior surround Michigan. Michigan has the longest Great lakes Shoreline, measuring 3,288 miles. If you want to know what states are on the Great Lakes, this article has the answers you’re looking for.

Many people hold the northwest coast (on Lake Huron) to be Michigan’s wildest, most pristine area. Given the fact that only 3% of Michigan’s population lives in the upper peninsula, it seems like a reasonable assertion.

Michigan is famous for being “split in two.” The state is divided between the lower and upper peninsulas, the only state to be so divided. As previously mentioned, the upper peninsula is much more sparsely inhabited. Here one finds Mt. Arvon, the state’s highest point.

The Lower Peninsula, by contrast, is much more urbanized, yet still retains much natural beauty. The state motto reflects this. When translated from Latin, it reads, ”If you seek a pleasant peninsula, look around you.” It was not the first state motto, though. The Michigan Department of State offers a look into the interesting history of Michigan’s motto and coat of arms.

This suspension bridge spanning the Straits of Mackinac connects the peninsulas of Michigan. Nicknamed “Mighty Mac,” it is one of the few toll bridges in America. On Labor Day, the bridge gets to take a day off from the incessant automobile traffic, hosting the Mackinac Bridge Walk, an event where crowds sometimes numbering in the tens of thousands walk across the bridge.

This island in the Straits of Mackinac is known for being a great getaway place to escape the hubbub of modern life. Most of the island is designated as state parks and the entire island is car-free. Many of the attractions reflect older times, and one can even ride around in horse-drawn carriages for a real step back in time.

Michigan seems to be a state of bridges. The SkyBridge in Boyne Mountain Resort holds the record for the longest suspension bridge with wooden towers. It does not span any body of water, but serves more as a scenic vista than a necessary link between opposite shores.

This city just outside Detroit is best known for being the home of the University of Michigan. Founded in 1824, the city got its name from the wives of the two founders, both named Ann, and from the plentiful bur oak trees in the area.

Michigan is famous for Michigan State University, another famous university in the state. It was founded in East Lansing in 1855 as the first agricultural college in America. Although it has since added programs in many other fields (pun intended), the Michigan Agricultural College continues the legacy of agricultural studies.

Also known as Motor City, this city in eastern Michigan is practically synonymous with the automotive industry. There’s plenty to discover about Detroit besides its automotive achievements though.

For one, Canada sits just across the Detroit River, specifically the city of Windsor, Ontario. Connecting the two countries and cities, the Ambassador Bridge is a suspension bridge spanning an impressive 7,500 feet, making it one of the world’s longest suspension bridges.

The Detroit area has historically been one of the busiest urban areas in the country, and more infrastructure was needed to accommodate the flow of traffic. Completed three years after the Ambassador Bridge, the Detroit Windsor tunnel connects Detroit with its Canadian. Port Huron

One of Detroit’s nicknames is “The Car Capital of the World.” Although its glory days may have come and gone, two automobile factories still operate in urban Detroit. The headquarters of General Motors is located in downtown Detroit, and Chrysler maintains a factory where Jeep Grand Cherokees are made.

Detroit holds a treasure trove of automotive history. The first car wash opened its doors in 1914 in Detroit. The United Auto Workers Union, the first union for automotive workers, opened in Detroit and continues to operate from there to this day. The now-defunct Detroit-based Packard Motor Car Company made history by making the first air-conditioned car back in 1940.

Another thing Detroit is famous for is professional sports teams. Of all Detroit’s teams, the Detroit Red Wings probably brought the most fame to their home city. This hockey team holds the record for Stanley Cup wins, with 11 victories. In addition to the Red Wings, Detroit is home to the NFL’s Detroit Lions and the NBA’s Detroit Pistons.

This museum in Dearborn, Michigan (a suburb of Detroit) houses an eclectic collection of cars and other vehicles as well. The bus in which Rosa Parks made her famous protest and the car in which President Kennedy was shot are both found here. One can also find the first four-way modern traffic light on display here.

In the waters off of Detroit, an old tugboat delivers mail to the many other ships that pass through the busy waterways. The J.W. Westcott II has served the sailors aboard local ships for over 140 years, delivering mail and goods as part of the U.S. Postal Service. The ship even has its own zip code, 48222.

❓ Trivia Time: Michigan has a lot of shoreline, but what state has the most shoreline?

In 1959 the Kalamazoo Mall became the first downtown pedestrian mall in America. Two blocks of the downtown shopping area were designated as pedestrian-only zones, with the roads closing to automotive traffic. Since then, a few alterations occurred, such as expansion and allowing one-direction traffic in the southern streets.

Along with the Great Lakes, Michigan also has many rivers flowing through it. One of the most famous is the St. Marys (sometimes written as St. Mary’s). This river forms the international boundary between the tip of the Upper Peninsula and Ontario, linking Lake Huron and Lake Superior.

Another noteworthy river in Michigan is the St. Joseph River. This river flows through the Lower Peninsula into Lake Michigan. Native tribes relied on this river for trade routes and European explorers also found it helpful in their expeditions in the area. Today, Michigan residents know it to be one of the best places to fish for trout, salmon, and other fish.

The town of Battle Creek in the southwest of the Lower Peninsula is best known for being the home of Kellogg’s cereal. In an article on this town, Wikipedia sheds some light on the fascinating story of how cornflakes came about by accident. Seeing the success of the cornflakes, a rival nutritionist, C.W. Post created his own cereal concoction, Grape Nuts. He also gained great success and founded the company that bears his name.

This national park on the northwestern shores of the Lower Peninsula is one of the most beautiful places in the state. Here one finds sandy beaches, forested hills, hiking trails, as well as lighthouses all along the shore.

❓ Trivia Time: Which state has the most lighthouses?

Traverse City is the closest major city in Michigan to the Sleeping Bear Dunes, and, as such, makes a great jumping-off point for exploring the shores of Lake Michigan. With a population of roughly 15,000, some might scoff at it being called Traverse “City,” but there is a lot to see here.

Traverse City is the nation’s number-one producer of tart cherries. It also grows grapes, and, subsequently, wine. Although California is known for being one of the leading wine producers in America, Michigan also has a share of the industry,

This island in northern Lake Superior is one of Michigan’s finest examples of northern natural beauty. Covered in pine forests, this pristine park is an outdoorsman’s paradise. Hiking trails abound, as does wildlife, including moose.

Michigan is also known for the wintertime activity of ice fishing. Although the Great Lakes do not freeze enough to be safe to venture out on, there are numerous smaller lakes and rivers throughout the state. Even when frozen over, they can still be abundant fishing grounds.

Michigan also has a rich musical heritage. Although the company later moved to New York City,  it was Motor City (Detroit) that gave rise to Motown Records, famous for the distinctive brand of R&B that gained popularity in the 1960s. Music legend Stevie Wonder was born in Saginaw, Michigan.

Grand Rapids ranks second for population, having a little less than 200,000 residents (as compared to Detroit’s 600,000). Grand Rapids is known for its many breweries and museums, and a tropical botanical garden.

As such, it is one of the trendier cities in Michigan. In fact, MoveHub’s “Hipster Index” ranks Grand Rapids as 28th for hipness. Not bad for a small city in the Midwest, given the competition from West Coast hipster havens and international capitals.

FAQs About What Makes Michigan Special

Where does Michigan’s name come from?

According to The Library of Michigan, the word “Michigan” comes from the Chippewa word “Michigama” meaning, great lake.

Is Michigan part of the Midwest?

Now you don’t have to wonder “what is Michigan known for” anymore!

Wherever you travel, you may be carrying a little piece of Michigan with you. Your car may trace its origins to Motor City. Your travel tunes may have come from Motown. Maybe the wine with your meal was vinted near Traverse City. Either way, Michigan is a great state and well worth a visit. 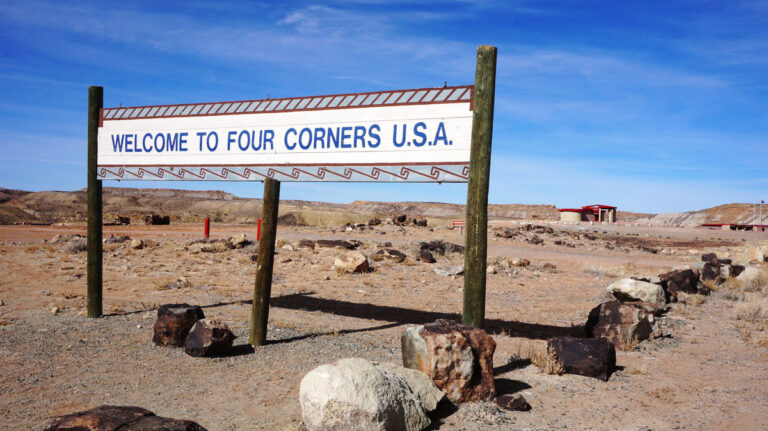 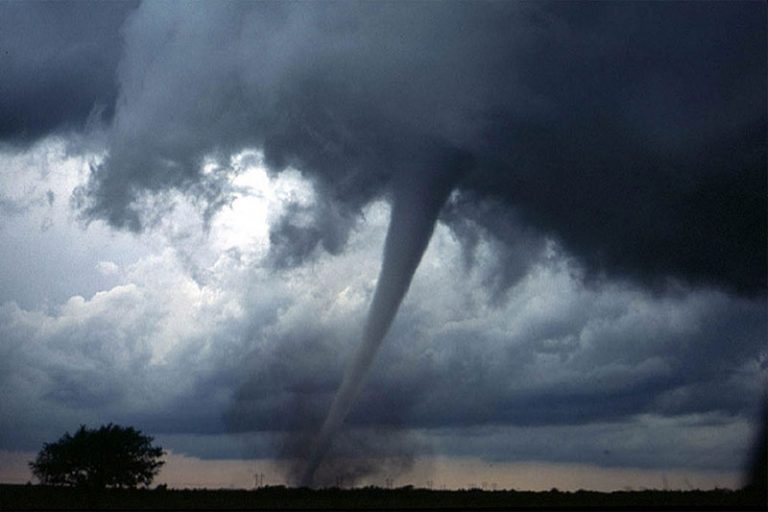 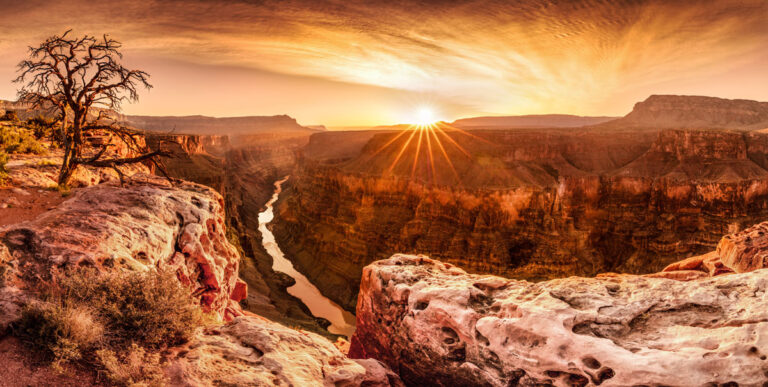 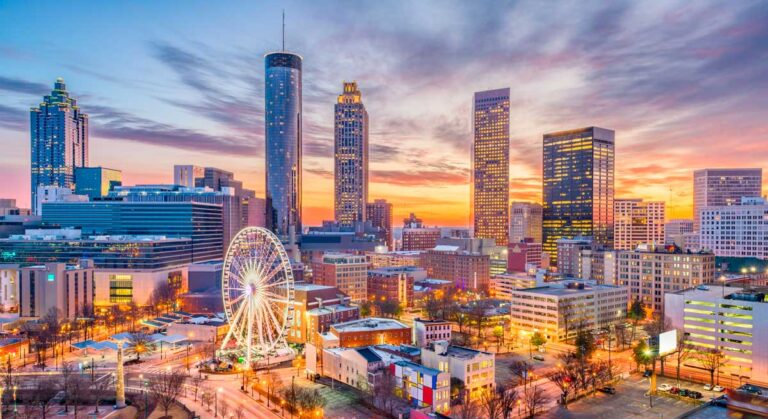