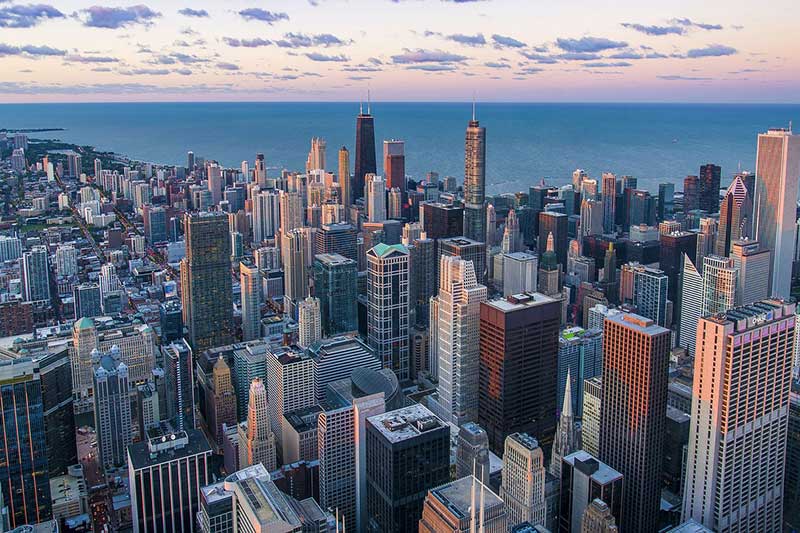 Chicago is a major cultural and economic center, it’s the setting for countless TV shows and movies, and it’s one of the most popular tourist destinations in the country. So in this article we’ll take a look at some of the things that make the city of Chicago famous.

When you’re done, you can also check out Matthew’s article on what Illinois is famous for!

What is Chicago Known For?

Here are 18 things Chicago is known and famous for:

Like New York City, Chicago has its own unique style of pizza and, like New Yorkers, Chicagoans have some pretty strong opinions on which city makes better pizza. Deep dish is the signature pizza of Chicago.

This thick pizza looks more like a pie than a regular pizza, and the crust is shaped to make a sort bowl for all the toppings. Many people don’t realize that thin crust pizza, popular over much of the country, is also a style that originates from and is popular in Chicago.

Chicago is famously called the Windy City, presumably because of the winds coming off of Lake Michigan. However, its rumored that this nickname actually has a different origin: politics. Specifically, the supposedly “windy” politicians of Chicago in the 1800s.

Chicago is full of museums, and some of them are pretty offbeat. The Museum of Surgical Science and the Busy Beaver Button Museum are prime examples. The city also has several more typical, world-famous museums like the Field Museum of Natural History, the Art Institute of Chicago, and the Adler Planetarium.

The Chicago Dog is a hallmark of the Chicago food scene, and it’s really the only acceptable way to enjoy a hot dog in the city. The classic Chicago Hot Dog is an all beef hot dog on a poppy seed bun, topped with yellow mustard (never ketchup), copious amounts of relish, diced onion, tomato slices, a pickle spear, sport peppers, and celery salt.

Much of Frank Lloyd Wright’s best work is in Chicago, and his architectural style is often said to define the city’s homes. You can actually go on architecture tours in the city to see some of his most famous buildings.

Yes, beaches. Chicago has stunning beaches. The waters of Lake Michigan are clear and blue, and the city takes full advantage of that with several popular beaches along the shoreline of the lake.

Obviously, these aren’t especially popular in the winter, but when the weather warms up there’s nowhere nicer than Chicago’s beaches.

❓ Trivia Time: Besides Illinois, which other states touch the Great Lakes?

The home of the Chicago Cubs is over a hundred years old. It was the first ballpark in the country to allow fans to keep foul balls, and it still has a manually operated scoreboard that dates back to 1937. The Cubs have been famously awful for most of their history, but they did win the world series in 2016.

For decades the Chicago River has been dyed green for St Patrick’s Day. The whole river, running right through the center of the city, is turned emerald green in time for the city’s St Paddy’s Day parade.

The famous “stainless steel bean” was designed to reflect the city’s skyline, and was inspired by liquid mercury. It’s 33 feet tall, which makes it the largest artwork of its kind in the world.

America’s favorite charcoal grill was invented in Chicago, and Weber actually has its own restaurant less than a block down from the famous Nordstrom shops. It won’t be hard to find: there’s a giant red grill hanging on the wall outside the restaurant.

❓ Trivia Time: Do you know which state is home to the most lighthouses in the USA?

Chicago’s most famous sandwich can be ordered dry, wet (extra gravy) or dipped (the whole sandwich dunked in gravy.) You can get it with hot or sweet peppers, but no matter how you order it, it’s probably going to be messy.

13. The Bulls (and Michael Jordan)

Chicago’s beloved NBA team may have had its struggles in recent years, but the city still remembers the ’90’s, when the Michael Jordan-led Chicago Bulls were unstoppable. They won 6 championships in that decade, and no other team could really compete with them.

Much like the Bulls, it’s been a long time since the Bears were able to compete with the best teams in their league. The glory days may be long gone, but as long as they can still beat the Packers every once in a while, Bears fans are ok.

Chicago’s Navy Pier sits on the shores of Lake Michigan, and provides over 50 acres of space for restaurants, carnivals, shops and gardens. It’s one of Chicago’s top tourist destinations. The Chicago Children’s Museum is there, along with the famous Crystal Gardens. No visit to Chicago is complete without stopping at the Pier.

This 35 acre zoo is the fourth-oldest zoo in North America. In addition to the 1,100 animals you can see here, there are also scenic views of the Chicago skyline and a boardwalk. Perhaps most importantly, the zoo is free- nobody has to pay admission. It’s a great and affordable way to spend a day in Chicago.

Cruises of the Chicago river are a popular way to see the city. Some of Chicago’s most iconic buildings and neighborhoods are located along the river, so you can see some of the most famous city landmarks on these cruises.

Chicago’s most famous greenspace is a breath of fresh air for many Chicagoans. Although it’s fairly new, having opened in 2004, it’s quickly become a cornerstone of Chicago culture. The city’s annual Christmas tree lighting happens here, and it’s one of the most popular tourist attractions in the Midwest region of the United States. Since the entire park sits on top of a parking garage and a train station, it’s technically a rooftop garden- the world’s largest rooftop garden, in fact.

❓ Trivia Time: Which US states have the most National Parks? 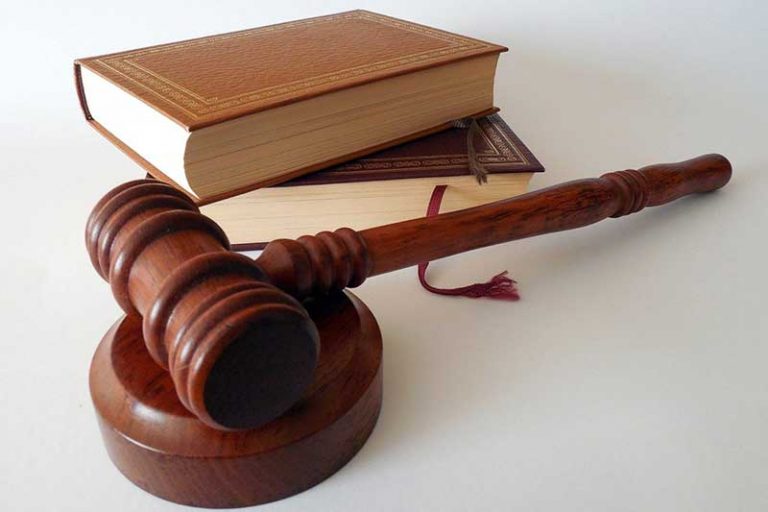 There are some dumb laws in Georgia. Of course, every state has its share of dumb laws. Laws that seem to make no sense, and… 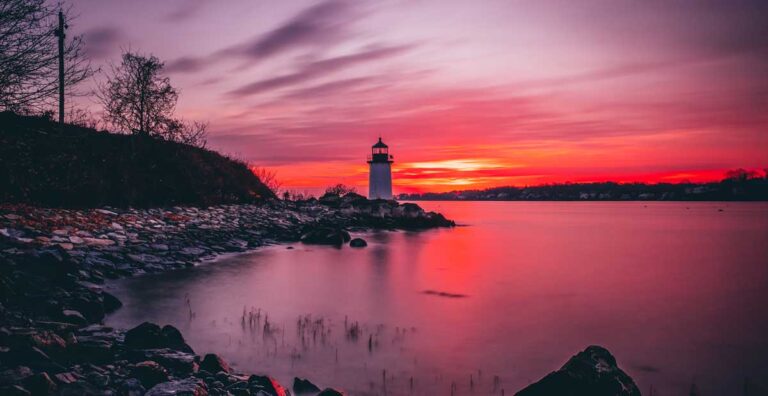